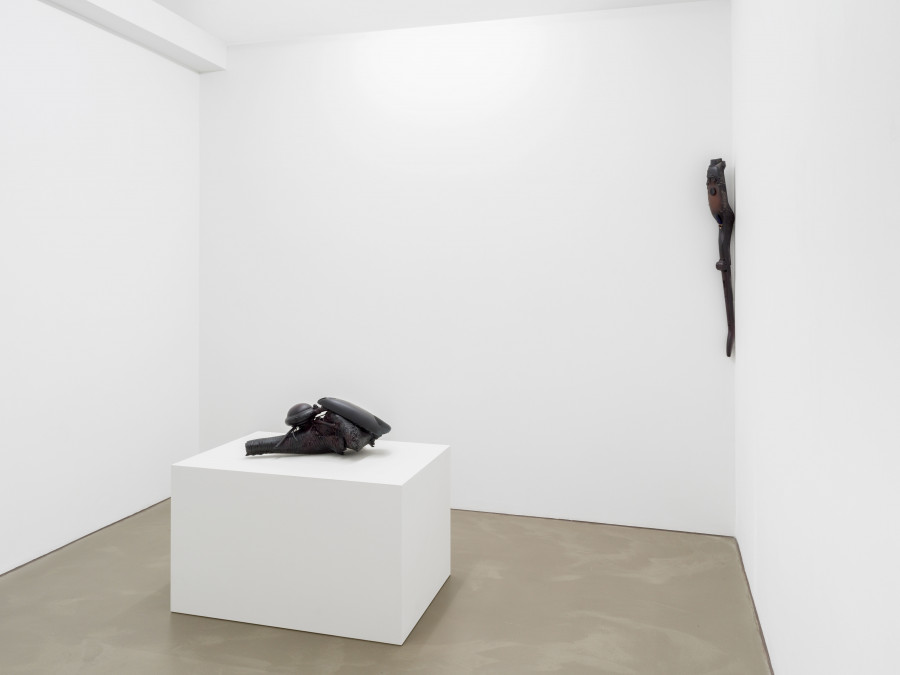 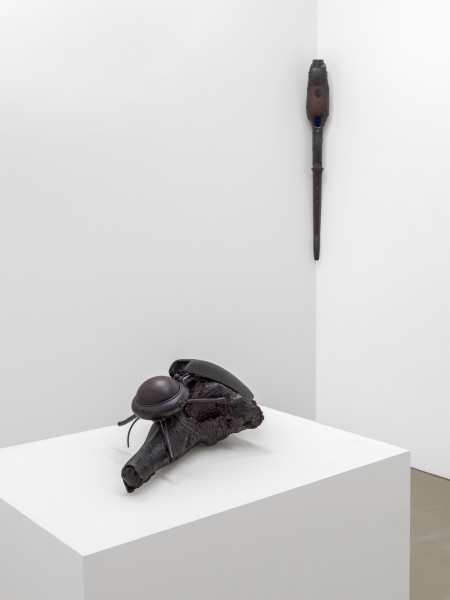 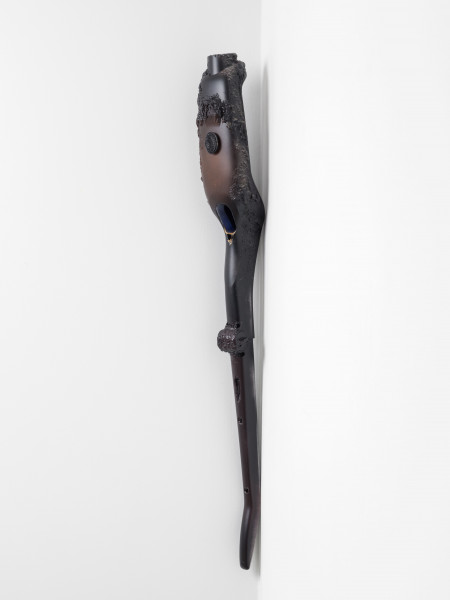 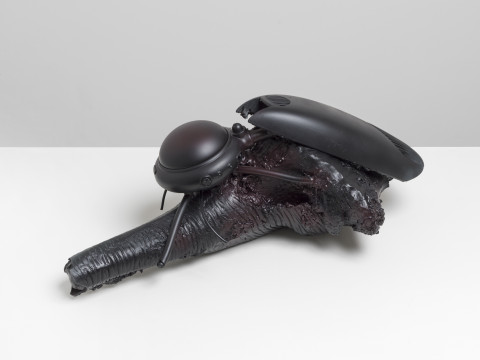 Thomas Helbig, who for some time had devoted himself almost exclusively to painting, has recently returned to working increasingly with sculptural works within his diverse practice. In doing so, Helbig has remained true to himself in principle: As before, his sculptures beneath the surface are assemblages of deliberately produced fragments of found objects, which only obtain their uniform appearance by being extensively overpainted. But while it was mostly cheap decorative and kitsch figures made of plastic that Thomas Helbig first dismantled with deconstructive intentions in order to then combine them into completely entities with the help of foam glue and spray paint, it is now increasingly discarded electronic devices that he incorporates into his sculptures; in the two exhibited works, for example, a surveillance camera and parts of a vacuum cleaner. The changed materiality gives the sculptures a decidedly technical component and thus an extended reference to time and society. If the older works seemed like petrified metamorphoses of strangely grotesque, but also timeless beings of organic origin, they now appear like animistic transformations of 21st-century everyday objects, sometimes taking on the character of something like “totems for AIs”.