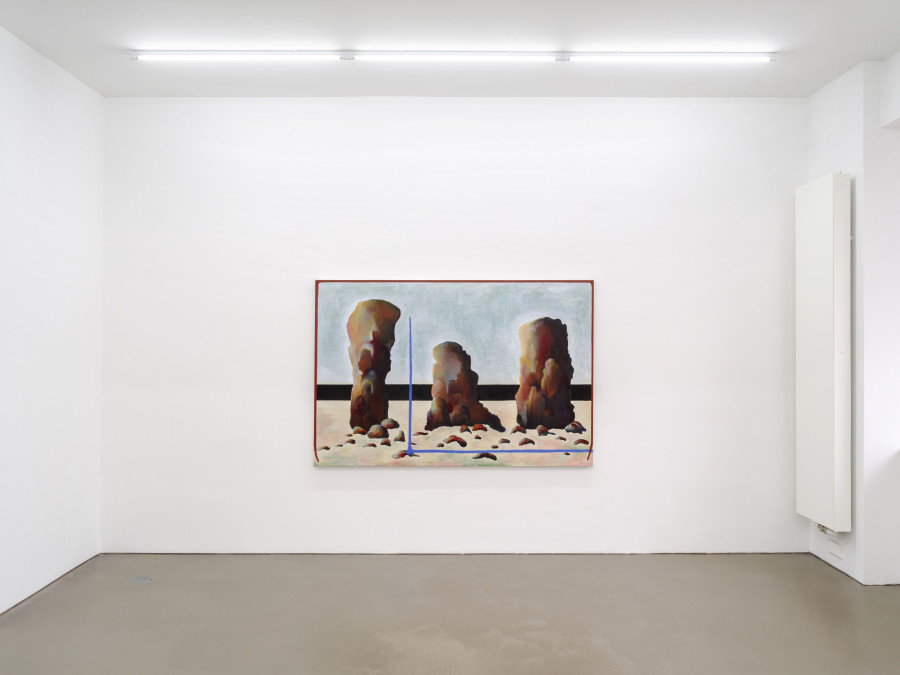 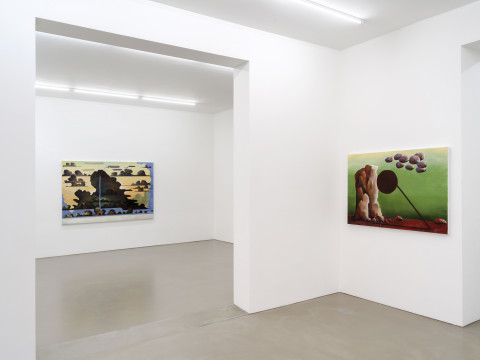 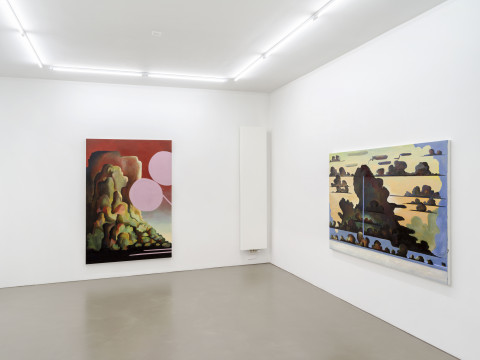 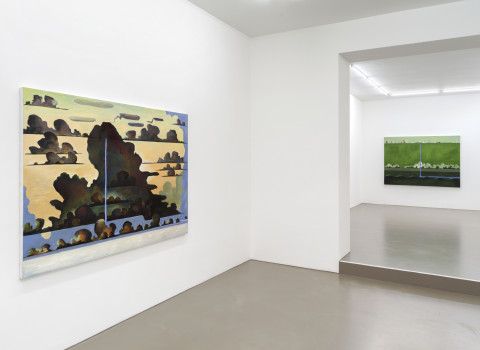 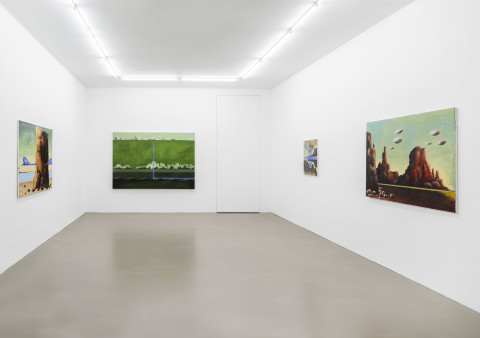 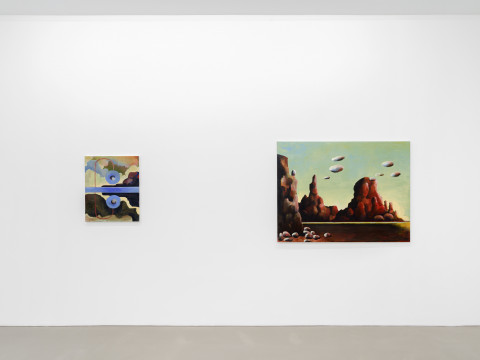 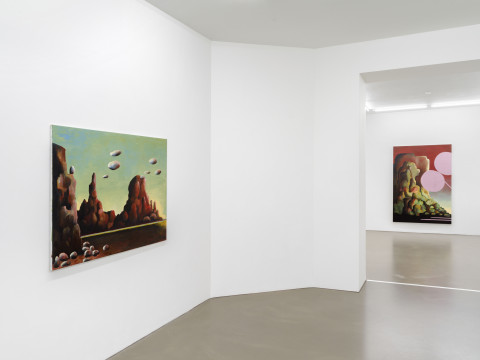 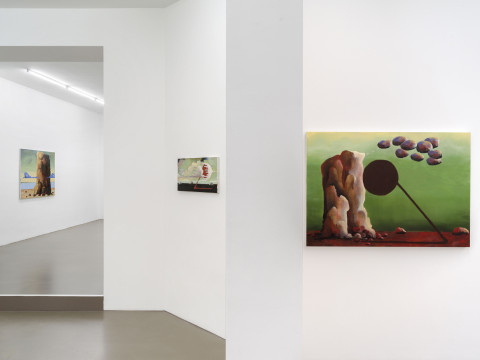 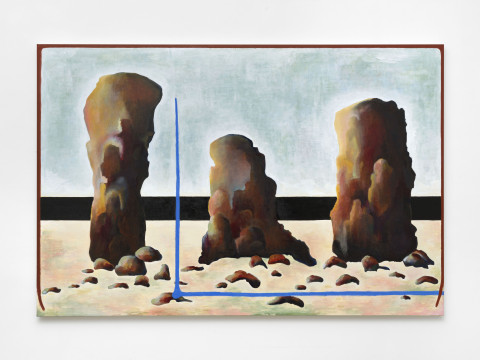 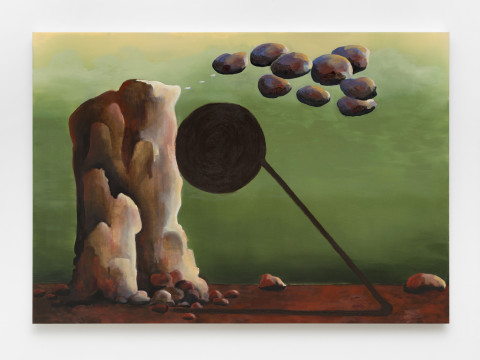 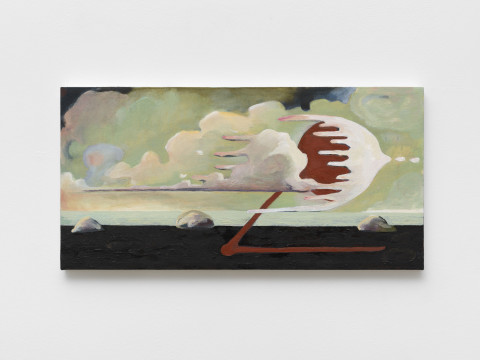 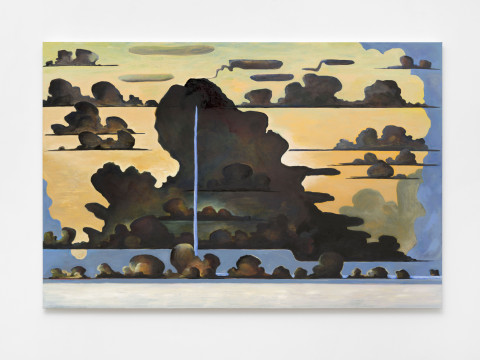 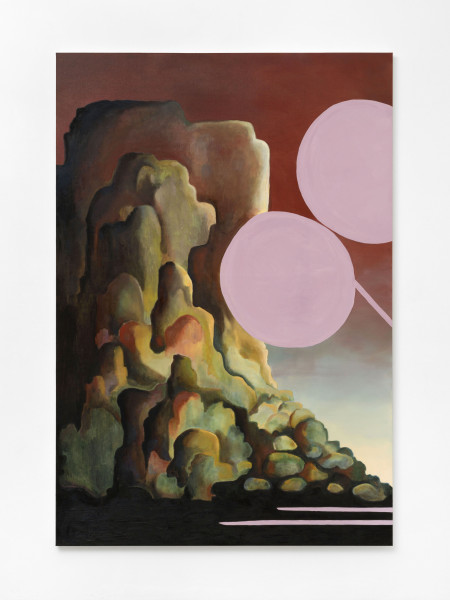 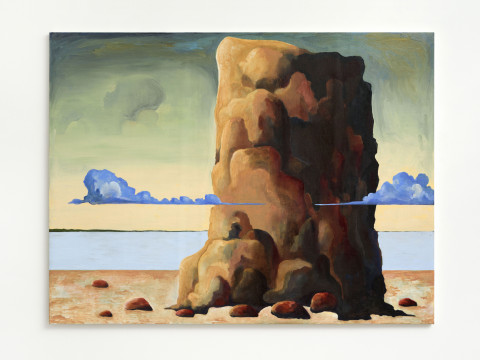 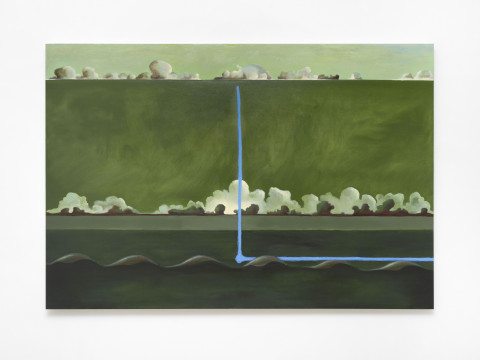 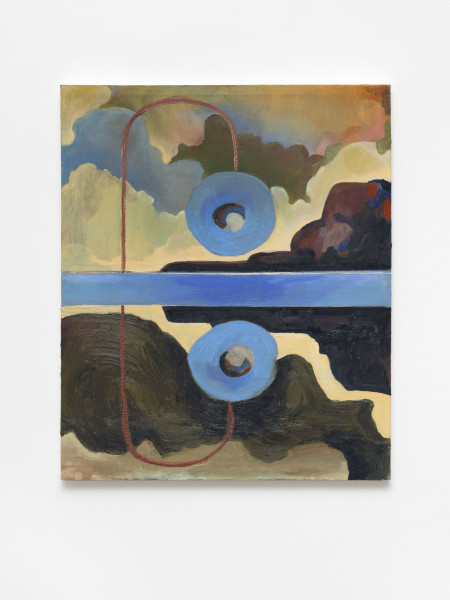 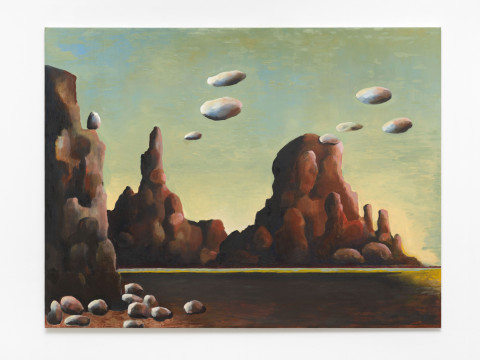 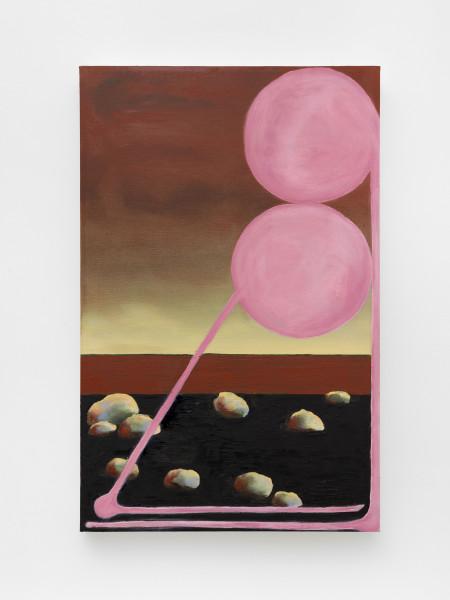 Galerie Guido W. Baudach is delighted to present its first exhibition with US painter Leo Mock, which also marks Mock’s debut in Europe. Under the title "Rise and fall of shame”, the artist, who currently lives in Mérida, Mexico, is showing a group of recently created works in which he further elaborates the characteristic features of his painterly practice while also setting new accents.

The pictorial worlds of Leo Mock are situated in the field of tension between Romanticism, surrealism, comics and science fiction. Mock creates landscapes that sometimes seem to be inspired by real places in his native California, but actually exist exclusively in his imagination. The natural panoramas, executed with care in mostly subdued colors, have a calming, almost meditative atmosphere, and at the same time exude a touch of (joyful) melancholy. Pure escapism, one might think, were it not for these irritating apparitions, especially the humongous stick figures, whose long-limbed extremities appear more in front of the landscapes than in them, giving the impression that Philip Guston has appropriated the formal language of Alberto Giacometti. The heads of the spindly giants are depicted as large-scale monochrome disks, “surrogates for a sun” (Jonathan Griffin) that appears nowhere else in Mock's paintings. In a way, one is reminded of the metaphysical painting of Giorgio de Chirico and the lucid dreamscapes of Yves Tanguy, as well as George Herriman's Krazy Kat cartoons. At the same time, Mock's paintings have a thoroughly spiritual feel, reminiscent of Ralph Waldo Emerson and his reflective-animistic conception of nature. They are devoid of any kitsch, any esotericism and are less close to the painted anthroposophy of an Agnes Pelton, for example, than to some record cover illustrations of the Protopunk era.

Leo Mock, born in Los Angeles in 1964, studied at the ArtCenter College of Design in Pasadena. He lives and works in Mérida, Mexico. Mock’s civil name is Steve Hanson. As such, he is the co-founder and director of China Art Objects, a gallery launched in Los Angeles in the late 1990s by artists for artists that has subsequently garnered international attention, not least through the regular appearances at various art fairs. In 2019, Hanson and China Art Objects relocated to Mérida, Mexico. Since then, he has been practicing as a painter under the artist name Leo Mock. The exhibition in Berlin is the first presentation of his work outside the United States.